Situated at Pasir Ris Central, Pasir Ris 8 Condo is a white or mixed-use site. The site, which spans an area of 3.8 hectares has been put up for sale on the 27th of August (Monday) through a public tender. This has happened under the government land sales program for the second half of the year 2018, through a dual envelope exercise. The GFA under this is 95,010 sqm. In addition to this, the gross plot ratio for this is 2.5. The plan of the Pasir Ris Condo has been made by Allgreen properties. It has been planned as the latest development in Pasir Ris Central, District 18.

If the residents of Pasir Ris travel through the East-West MRT line, then they can reach the city within a time limit of forty minutes. If we talk about the Cross Island Line which will also feature brand new nonstop train service, it will enable traveling from Pasir Ris to the rest of Singapore very easily.

Pasir ris 8 – Amenities that are established

For every person who is living in Pasir Ris 8, the Pasir Ris park would be situated at a distance of just ten minutes if they travel with their bikes. For the people who don’t know, the Pasir Ris Park is a recreational area that is near about 6.8 km long and spans over an area of 70 hectares. In addition to this, the Pasir Ris has also got a mangrove boardwalk.

In addition to this, people will also get to send their children to Pasir Ris Central residences school which are mostly situated near the Pasir Ris Condo. Some of the most popular schools situated nearby are Meridian Secondary School, Pasir Ris Primary School, Hai Sing Catholic School and many more.

Pasir ris 8 – Near the Changi Airport

The best part about the living in Pasir Ris 8 condo is that the housing estate is that its distance from Singapore’s Changi airport is the nearest. The time taken by a person to reach the airport by a car from here is a mere five to ten minutes. In comparison to this, if a person chose to travel via a bus, it will take him near about 20 minutes to reach here. One of the benefits of being situated near the Changi airport is that the people will also be situated near the industries of aircraft, air freight as well as logistics.

Pasir Ris Central awarded the tender of $ 700m by HDB

In the mixed-use development, there is a bus interchange along with a town plaza and a polyclinic.

The tender for Ryse Residences located at Pasir Ris Central was been awarded to Phoenix Residential and Phoenix Commercial by the Housing Development Board (HDB). They had made a bid of $ 700 m which came out to be the highest bid amongst all the bids. This has been traveled through an announcement which has been made recently.

To Find out more and see the floor plans, you can click Pasir Ris 8 Floor Site Plans 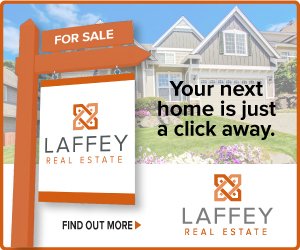